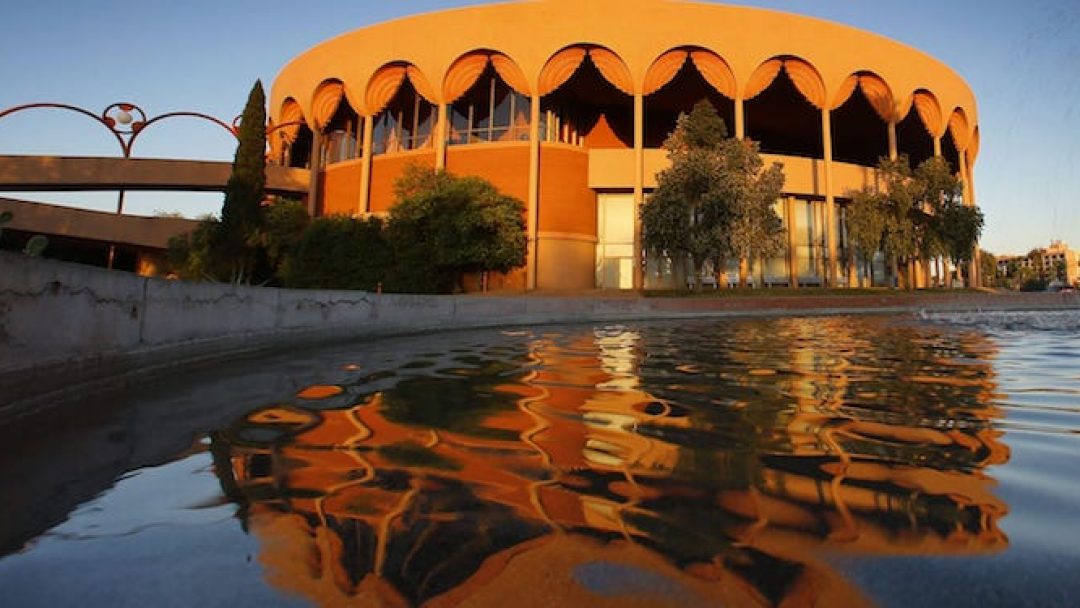 2020-2021 ASU Gammage Desert Financial Broadway Across America- Arizona season – the biggest, boldest, most brilliant season to date – is coming to you this fall.

This season is jam-packed with everything you could hope for in a Broadway season including the winner of eight 2019 Tony Awards® Best Musical HADESTOWN; the much-anticipated Tempe premier of beloved Broadway hit Disney’s FROZEN; and the return of a “theatrical landmark that has transformed theater and the way we think about history.” (The New York Times)- HAMILTON! This season will also include Broadway favorites TOOTSIE and MY FAIR LADY, 2019 Tony Award® Winner of Best Revival of a Musical OKLAHOMA!, and the powerful adaptation of an American classic ,TO KILL A MOCKINGBIRD.

In addition, returning to the ASU Gammage stage as a season option is Valley favorite – JERSEY BOYS!

“It’s an extraordinary time on Broadway with some of the most inspiring work on stage,” said Colleen Jennings-Roggensack, ASU Vice President for Cultural Affairs and Executive Director for ASU Gammage. “We wrapped up a memorable decade of Broadway and now we’re headed into the next decade bigger and bolder. This is a season you will not want to miss!”

THE BAND’S VISIT
September 15-20, 2020
The critically acclaimed smash-hit Broadway musical THE BAND’S VISIT is the winner of 10 Tony Awards®, including Best Musical, making it one of the most Tony-winning musicals in history. It is also a Grammy Award® winner for Best Musical Theater Album.

In this joyously offbeat story, set in a town that’s way off the beaten path, a band of musicians arrive lost, out of the blue. Under the spell of the desert sky, and with beautiful music perfuming

the air, the band brings the town to life in unexpected and tantalizing ways. Even the briefest visit can stay with you forever.

The cast of world-class performers is led by award-winning Israeli actor Sasson Gabay, star of the original film and the Broadway production.

With a Tony- and Grammy-winning score that seduces your soul and sweeps you off your feet, and featuring thrillingly talented onstage musicians, THE BAND’S VISIT rejoices in the way music makes us laugh, makes us cry, and ultimately, brings us together.

HAMILTON
Performances begin October 13, 2020
HAMILTON is the story of America then, told by America now.

Featuring a score that blends hip-hop, jazz, R&B and Broadway, HAMILTON has taken the story of American founding father Alexander Hamilton and created a revolutionary moment in theatre—a musical that has had a profound impact on culture, politics, and education.

With book, music, and lyrics by Lin-Manuel Miranda, direction by Thomas Kail, choreography by Andy Blankenbuehler, and musical supervision and orchestrations by Alex Lacamoire, HAMILTON is based on Ron Chernow’s acclaimed biography. It has won Tony®, Grammy®, and Olivier Awards, the Pulitzer Prize for Drama, and an unprecedented special citation from the Kennedy Center Honors.

OKLAHOMA!
December 1-6, 2020
This is OKLAHOMA! as you’ve never seen or heard it before – reimagined for the 21st century, and now the Tony Award® Winner for Best Revival of a Musical. Funny and sexy, dark and jolting, ‘this production shocked me and moved me. This is the OKLAHOMA! that was there all along.’ raves New York Magazine. Direct from an acclaimed run on Broadway, OKLAHOMA! “lets us experience Rodgers and Hammerstein’s greatness anew.” (The New Yorker).

Welcome to HADESTOWN, where a song can change your fate. Winner of eight 2019 Tony Awards® including Best Musical and the 2020 Grammy® Award for Best Musical Theater Album, this acclaimed new show by celebrated singer-songwriter Anaïs Mitchell and innovative director Rachel Chavkin (Natasha, Pierre & The Great Comet of 1812) is a love story for today… and always.

Intertwining two mythic tales — that of young dreamers Orpheus and Eurydice, and that of King Hades and his wife Persephone — HADESTOWN is a haunting and hopeful theatrical experience that grabs you and never lets go.

From Lincoln Center Theater that brought you THE KING & I and SOUTH PACIFIC, comes “a sumptuous new production of the most perfect musical of all time” (Entertainment Weekly), Lerner & Loewe’s MY FAIR LADY. Director Bartlett Sher’s glowing production is “thrilling, glorious and better than it ever was” (New York Times). “Every so often a revival comes along that reminds you how indispensable great theater can be” (NY1).

Boasting such classic songs as “I Could Have Danced All Night,” “The Rain in Spain,” “Wouldn’t It Be Loverly” and “On the Street Where You Live,” MY FAIR LADY tells the story of Eliza Doolittle, a young Cockney flower seller, and Henry Higgins, a linguistics professor who is determined to transform her into his idea of a “proper lady.” But who is really being transformed?

Call it musical comedy heaven” (Rolling Stone). Call it ‘the most uproarious new musical in years!” (The Hollywood Reporter). Call it TOOTSIE! This laugh-out-loud love letter to the theater tells the story of Michael Dorsey, a talented but difficult actor who struggles to find work until one show-stopping act of desperations lands him the role of a lifetime. Featuring a hilarious Tony®-winning book by Robert Horn and an outrageously clever score by 2018 Tony winner David Yazbek (The Band’s Visit, Dirty Rotten Scoundrels), this New York Times Critic’s Pick is “a joyful delight” (The Washington Post) that’s “so packed with punchlines, it should be called a ‘jokebox musical!” (Bloomberg). “In these turbulent times, when the world seems out of the balance, we need a place to let the good times roll,” raves Rolling Stone. “TOOTSIE is it!”

From the producer of The Lion King and Aladdin, Frozen, the Tony®-nominated Best Musical, is now on tour across North America and the critics rave, “It’s simply magical!” (LA Daily News). Heralded by The New Yorker as “thrilling” and “genuinely moving,” Frozen features the songs you know and love from the original Oscar®-winning film, plus an expanded score with a dozen new numbers by the film’s songwriters, Oscar winner Kristen Anderson-Lopez and EGOT winner Robert Lopez. Oscar winner Jennifer Lee (book), Tony and Olivier Award winner Michael Grandage (director), and Tony winner Rob Ashford (choreographer) round out the creative team that has won a cumulative 16 Tony Awards. An unforgettable theatrical experience filled with sensational special effects, stunning sets and costumes, and powerhouse performances,

Frozen is everything you want in a musical: It’s moving. It’s spectacular. And above all, it’s pure Broadway joy.

All rise for Academy Award® winner Aaron Sorkin’s adaptation of Harper Lee’s Pulitzer Prize-winning masterwork. The New York Times Critic’s Pick TO KILL A MOCKINGBIRD is “the most successful American play in Broadway history. It has not played to a single empty seat” (60 Minutes). Rolling Stone gives it 5 stars, calling it “an emotionally shattering landmark production of an American classic,” and New York Magazine calls it “a real phenomenon. Majestic and incandescent, it’s filled with breath and nuance and soul.” With direction by Tony Award® winner Bartlett Sher, TO KILL A MOCKINGBIRD — “the greatest novel of all time” (Chicago Tribune) — has quickly become “one of the greatest plays in history” (NPR).

They were just four guys from Jersey, until they sang their very first note. They had a sound nobody had ever heard … and the radio just couldn’t get enough of. But while their harmonies were perfect on stage, off stage it was a very different story — a story that has made them an international sensation all over again.

Go behind the music and inside the story of Frankie Valli and The Four Seasons in the Tony and Grammy Award®-winning true-life musical phenomenon, JERSEY BOYS. From the streets of New Jersey to the Rock and Roll Hall of Fame, this is the musical that’s just too good to be true. 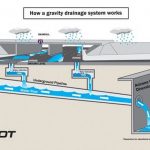 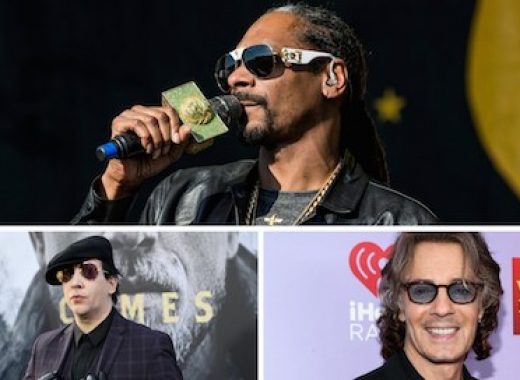 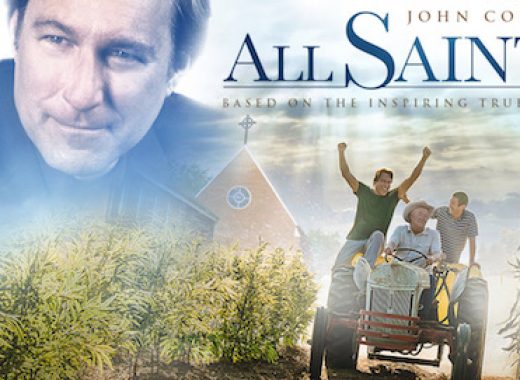 Movies opening in a theater near you on Friday, August 25th: 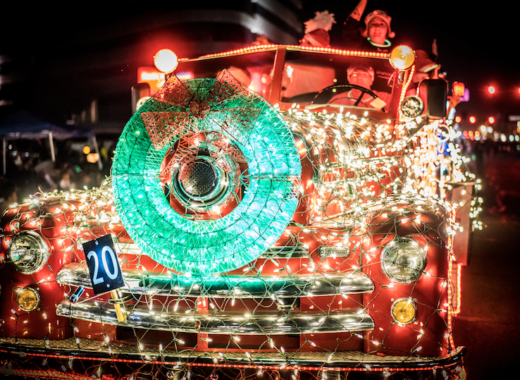