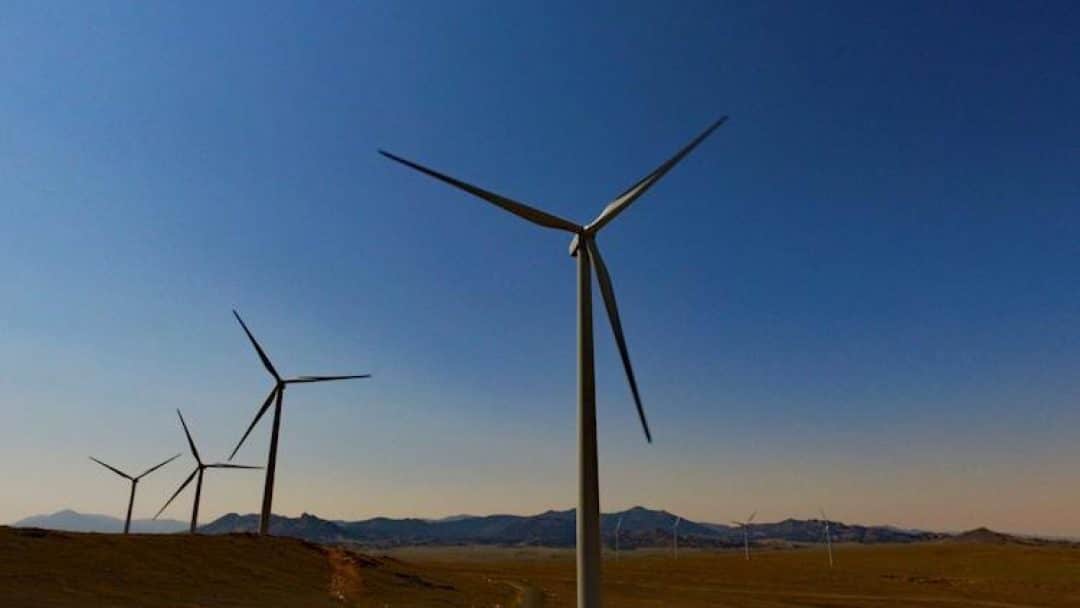 A new wind energy power plant south of Winslow will be built on the border of Coconino County and Navajo County and is vying to be a part of the state’s transition into a clean energy future.

The 477-megawatt Chevelon Butte Wind Farm is proposed by sPower, a Utah-based company, and could build turbines that will be some of the largest structures in the state. The wind farm would join three other wind farms in Arizona, two of which are in northern Arizona. Arizona Public Service, which announced last week its plan to transition into 100% carbon-free by 2050 and 45% renewable energy sources by 2030, currently receives 12% of its energy from clean energy sources such as wind and solar.

The Utah-based company’s proposal was unanimously approved by Navajo County, the Coconino County Planning and Zoning Commission and the Arizona Corporation Commission that oversees APS. The proposal, which faced some small public opposition, will be built on the Chevelon Butte Ranch owned by the third generation O’Haco family 20 miles south of Winslow. The owner plans to use the leasing agreement to help sustain their ranching operation.

The county and utility agencies all approved the project unanimously, which was a point of pride for Terrance Unrein, senior permitting manager at sPower.

“I’m obviously biased, we’re going to have the best project in northern Arizona,” Unrein said. “We’re poised to bring decades of economic benefits with the largest wind farm in Arizona.”

The public opposition the project faced was based on the visual impacts. However, two experts suggested the project is far from residents by most wind farm standards. sPower is working toward constructing the farm sometime later this year and will create hundreds of temporary construction as well as some full-time jobs. APS is currently looking for bids to buy electricity from wind power providers to help renewable energy make up 15% of its energy portfolio by 2025.

While both sPower and APS would not comment about that bid process, APS officials expect that after signing contracts with an energy provider, the company will have met its 15% goal.

The Chevelon Butte Wind Farm plans to become the fourth utility-scale wind farm in Arizona, whether it contracts with APS or not. The Perrin Ranch Wind Farm is operating near Williams, and the Dry Lake Wind Farm is near Snowflake. The Red Horse 2 Wind Farm is located east of Tucson. In total, the three wind farms create 268 megawatts combined while Chevelon is poised to create 477 megawatts alone, Unrein said.

Solar and wind power are considered both clean and renewable energy. Renewable energy is energy created utilizing resources that are considered infinite, such as heat and wind. Clean energy is energy that does not emit carbon while generating power. Unrein described sPower as a mid-size wind energy producer, but the company is the largest owner of solar in the country.

At its tallest height, Chevelon Butte Wind Farm turbines are permitted to have their center hubs standing 489 feet tall and blades that will hit 755 feet.

If built to the maximum permitted height, the possible 156 wind turbines could stand hundreds of feet taller than any structure in the state of Arizona. The tallest structure in Arizona is Phoenix’s Chase Building that stands at 483-feet tall.

Tom Acker, a mechanical engineering professor at NAU, said Arizona has modest wind speeds compared to the flat plains of the Midwest. As to why sPower pushed for such tall structures, Acker said that there is more power in wind speeds at higher elevations.

Acker cited a map made by the federal Office of Energy Efficiency and Renewable Energy that shows wind speeds around Coconino County are some of the best in the state when hubs are set at 360 feet. When it comes to turning wind into power, Acker said increasing wind speed by 20% can double the power in the wind.

“There is decent wind there. Especially putting up tall towers, [sPower] can probably make a decent economic case,” Acker said.

Unrein said the wind farm is permitted to reach those towering heights, but the company submitted three possible turbine models at different heights. He alleged the company isn’t certain it will need the maximum permitted height after reviewing the wind data collected over the past year. He said the company will not know how tall the structures will be until it solidifies its building plans.

“At this time, we’re not leaning toward using the tallest machine. I’m comfortable with stating that,” Unrein said.

Unrein said he expects the company to begin construction sometime in late summer or early fall this year.

Unrein acknowledges that the turbines along the State Route 99 into the Tonto National Forest will change the feeling of that part of the state.

Karin Wadsack, a program manager at National Renewable Energy Laboratory, who was asked to reviewed the proposal for the county, said that some counties only require that a turbine cannot be closer than a quarter mile or half mile from someone’s home.

Tall wind turbines often need lights installed on them to ensure that low-flying aircraft do not strike them. This can change the night sky landscape for residents, which some community members mentioned in their oppositions.

In an attempt to mitigate that impact, Unrein said the company plans to use radar to have lights turn on when large, low-flying aircrafts are sensed in the region. This means the lights will turn off until an aircraft enters the area, so that lights do not need to be flashing throughout the night.

“Those flashing lights are what people object to. We live in place with very clear, dust-free, dry skies and people can see really far,” Wadsack said.

The project was passed by the county’s planning and zoning commission and an appeal was not filed, so the Coconino County Board of Supervisors was not asked to review and vote on the project.

The project will need to build all of their turbines, two substations, two primarily underground transmission lines, and a 145-foot tall transmission line to connect the wind farm to the main corridor line extending from Cholla Power Plant.

The project is planned to be built over two phases, which will require 400 to 500 construction jobs in total. Unrein expects those construction workers will be spending their money in nearby northern Arizona cities and towns.

Unrein also brought up the property and sales tax benefits from their construction and operation of the wind farm. At this point in the development, Unrein couldn’t say how much the county agencies would profit.

One of the largest concerns that Coconino County and Arizona Game and Fish Department staff had were the wind farms impact on wildlife. The largest listed red flag was the golden eagle.

Wind farms are notorious for killing birds and bats as their blades rotate in the wind, which can leave otherwise economically sound proposals dead in the water if the wind farm impacts any birds, raptors or bats protected by the Endangered Species Act.

Acker explained that developers usually consider endangered animals before developing a proposal, because permitting can be expensive.

“It’s a screen,” Acker said. “If [the project] is in an environmentally sensitive area, they’re not going to put any effort into developing it.”

There are endangered animals, like the Chiricahua leopard frog, California condor, Mexican spotted owl and Mexican wolf that occasionally use the area, but Game and Fish and the U.S. Fish and Wildlife Service ruled the wind farm did not significantly impacted the species.

Golden and occasionally bald eagles are known to nest and drink water in Clear Creek Canyon, which is adjacent to turbines on the site, county data stated. sPower conducted eagle and raptor studies, approved by Game and Fish, in the region to understand the habits of raptors. Unrein expects to finish their observation in November 2020.

Game and Fish officials required that sPower move the turbine a mile away from Clear Creek Canyon if their study finds there are higher amounts of raptors than expected in the region. Additionally, the project is prohibited from building turbines near watering holes, and eagle nests. Also, the company must design structures to limit perching and nesting to push birds away from the area.

Suzanne Treviño, spokeswoman for APS, said the utility felt moving toward a carbon-free future was the right timing in its 134-year history.

APS plans to invest more in solar power, storing energy, nuclear and advances in energy efficiency. In addition to targeting 65% clean energy with 45% renewable energy by 2030, APS plans to end all coal-fired generation by 2031. This date to end all coal energy resources is seven years sooner than previously planned.

“I think that this is the next step in our history of APS to announce our goal to have clean, carbon free energy to customers by 2050,” Treviño said. “There are a lot of technological advances that are allowing us to make this move. We also hear from customers that this is something they want.”

Treviño explained that Proposition 127 from the 2018 midterm election was a part of the feedback that led to this decision. Prop 127 attempted to amend the Constitution of Arizona to require electricity providers to generate at least 50% of their annual sales of electricity through renewable energy. The proposition did not pass in the election.

“The difference here is that we now have flexibility,” Treviño said. “We can keep customer profitability at the forefront. If we changed the constitution, there would be no off-ramp for customers. This way we can keep clean, reliable and affordable power for our customers.”

Other states in the Southwest have already made commitments to divest from gas and coal, like California attempting to source 50% of electricity sales from clean sources by 2030. New Mexico is expecting to reach 100% carbon free electricity generation by 2045.

Given the push across the Southwest for more carbon-free and renewable energy sources, and the level of wind resources in the more rural parts of the state, experts expect to see more wind farms move into northern Arizona in the immediate future. 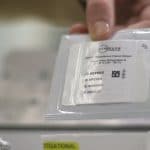 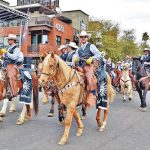 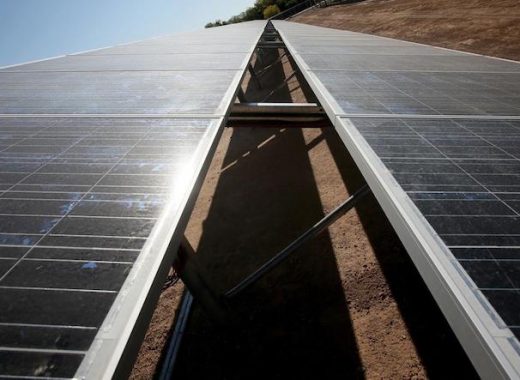 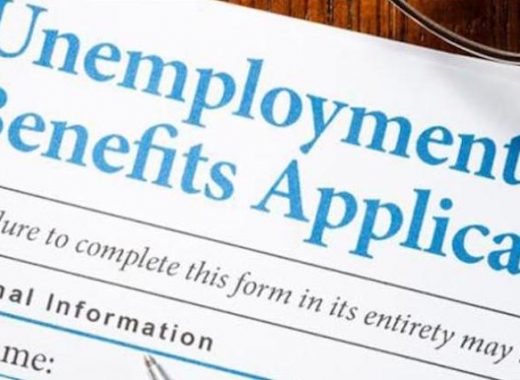 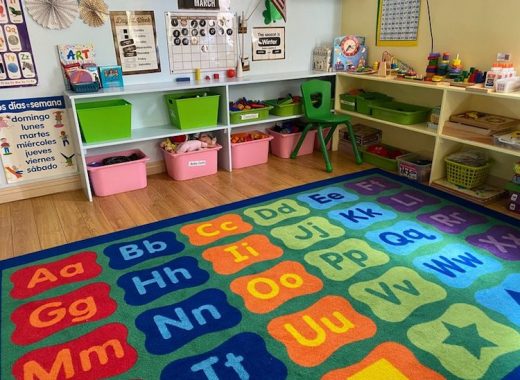