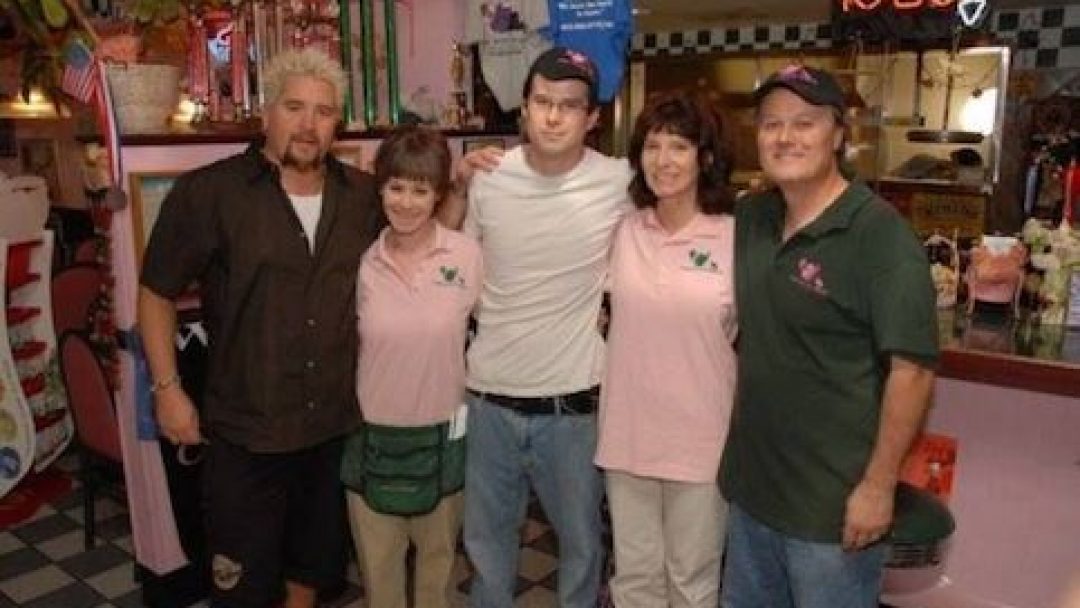 For over a decade now, Food Network star, Guy Fieri, has traveled across the United States in search of the best food from the most unlikely places. During his travels, the television host has spotlighted the best hole-in-the-wall restaurants to eat at in the Grand Canyon State on 23 different occasions. Here are the 23 Arizona-based restaurants that Guy Fieri has featured on his hit show: Diners, Drive-ins, and Dives:

This Scottsdale eatery doubles as an Italian market. The owner is Chef Giovanni Scorzo, who moved to the United States in 1985 from Italy. He brought his taste of home with him and used it to open up a shop located at 8880 E. Via Linda. When Guy came to town, he marveled over the Homemade Prosciutto.

Launched in 2002 by Chef Silvana Salcido Esparza, this Mexican eatery’s menu features the chef’s unique takes on a variety of regional dishes. Guy stopped by the Phoenix joint and tried the Chiles en Nogada, Tilapia Wrapped in Banana Leaves, and Yucatan Pulled Pork.

This restaurant has been around for 27 years. What once was in a 1,000 square foot building that can only seat six people, Chino Bandino is a new building and can now can feed up to 150 at a time. This place is a hybrid of Mexican and Asian food that has a variety of bowls, quesadillas, and burritos on the menu. When Guy came by 19th Avenue in Phoenix to dine at Chino Bandido, he had their Pollo Diablo Chicken.

This restaurant is a fusion of Indian and Pakistani food. Guy tried two dishes when he came in, which were the Goat Karahi and the Tandoori Chicken Tikka. The restaurant even invited him in the kitchen to make same naan. Curry Corner can be found in Tempe at 1212 E. Apache Blvd.

This charming eatery also serves as an Italian grocery store and deli as well. This family-owned business began in Toronto, Canada, and then moved to Michigan. In 1972, Defalco’s Italian Eatery established itself in Scottsdale. When Guy came to Scottsdale, he raved over the joint’s Italian Sausage.

Sitting in the Warehouse District of Phoenix at 525 S. Central Avenue, The Duce is an ode to the area’s 1920’s heyday. Back in that decade, the area boomed thanks to the produce business that was conveniently located near the downtown train depot. The dive is located in a warehouse, and is complete with an old school soda fountain, wrestling ring, vintage clothing store, dance floor, and games. Guy enjoyed some Beer Can Chicken, Mac and Cheese Muffins, and topped it all off with some S’mores Cheesecake.

Guy visited Giuseppe’s when it was only in its 4th year of operation. Located at 2824 E. Indian School Road in Phoenix, the Diners, Drive-Ins, and Dives crew headed their way in 2002. They tried the Bolognese Ragu, Osso Buco, and Pork Shanks.

This is a German joint that can be found inside the heart of downtown Glendale. Owned and operated for over 20 years by Chef Brett Hoffmann, the restaurant is widely known for its large pretzels. When Guy stopped in, he had the Sauerbratn, Weiner Schnitzel, and Pork Schnitzel with Paprika Gravy.

This burger restaurant is supported by the local farm that’s attached to its name and is now in 10 years of operation. When Guy sampled Joe’s food, he tried the Ahi Tuna Sandwich, the BBQ Chicken Pizza, and the Fontina Burger. He also made room for some onion rings. Joe’s Farm Grill is in Gilbert at 3000 E. Ray Road.

This eatery has two locations in the Valley. There is one in Phoenix (La Pizza PHX) and then the one that guy visited, which is in downtown Glendale. Owned and operated by Justin Piazza, the Chef uses fresh ingredients and a wood-fired oven to make high-quality pizzas. Guy had the Italian Stallion Pizza as well as the Chicken Cacciatore.

As you’d expect, this eatery specializes in tacos. They also have a burros, quesas, and salsa bar. The Taco Shop has multiple locations. Guy stopped by the Phoenix restaurant. When the crew came by, they had the Nogada Taco and Oaxacan Black Mole Chicken.

This Mexican eatery is a Phoenix hotspot known for its authentic taste. Guy tried the Camarone a La Diabla. He also helped himself to some Tacos. Since the success they received after the show, the restaurant business has now expanded to Ahwatukee and Chandler as well.

Matt’s Big Breakfast is a staple in Phoenix. When Guy came to town, it was in a tiny building near Filmore and First Street. Since the taping, it has expanded to a bigger location a block away. As Guy swung by, he helped himself some Chop & Chick, which consists of a skillet-seared pork rib chop served with two eggs, home fries, and toast.

As the name implies, this is more of a breakfast joint. Touting its focus on “Midwestern hospitality” and “scratch cooking,” Over Easy opened in Phoenix in 2008. Guy tried the savory Red-Eye Gravy on Ham Steak and boasted that it was better than this own. He also tasted the Chicken-Fried Steak, and Banana French Toast with Brioche.

In Guy’s own words, Paradise Valley Burger Co. does “crazy things” to their burgers. Owner Brett Shapiro opened the Phoenix burger shop’s doors in 2011. When Guy stopped by, he had the Country Fried Burger as well as the Booze Burger.

Perk Eatery is more of the diner side of Diners, Drive-Ins, and Dives. Established in Scottsdale, this restaurant is renowned for its breakfast and brunch. Guy dined on the Breakfast Enchiladas, Chicken Over the Coup, and Wine Country French Toast. Perk Eatery can be found at 6501 E. Greenway Parkway.

This Mexican eatery has been feeding Flagstaff residents for 30 years. When Guy came to to the Grill, he ordered the Navajo Taco and Coconut Shrimp. He also couldn’t resist the Tableside Guacamole. Owned and operated by Chef John Conley, Guy was so impressed with his visit that the host has invited Conley to partake in many of Guy’s other projects. Conley also appeared on Guy’s Grocery Games and was included in one of Guy’s Super Bowl party shows.

As the name suggest, this pizza joint resides in the town of Gilbert. The owners are Sal and Grace, and the twosome specializes in New-York style pizza. When Guy came to visit, the Baked Ziti Pizza and Lasagna Pizza caught his eye. This unique pizza place is on 1150 S. Gilbert Road.

This Camelback Road eatery is a Phoenix favorite. Everything is cooked over an open fire as an homage to Chef Aaron Chamberlin’s boy scout days. When Guy was in town, he helped himself to some of the Pig Dip with Pork, Prosciutto, and Fennel Onion Marmalade. He also tried the Moroccan Meatballs and the Iron Skillet Pancake with Berry Compote.

Situated in Glendale, Arizona, this BBQ joint opened in 1979. In 2007, Guy Fieri paid a visit to the owners, Cheryl and Roger Wagner. Guy tasted an assortment of BBQ, some of Cheryl’s Cole Slaw, and the Simple Chili.

Once known as Tom’s Thumb, this establishment is a 5-for-1 stop for customers. Not only do they serve some of the best BBQ in Arizona, but it also is a gas station, boutique shop, convenience store, and a car wash. Guy got a Half Stack of Ribs and tried the Pigs and Grits. The Thumb is located in Scottsdale, Arizona at 9393 E. Bell Road.

Originally known as Roberto’s Authentic Mexican Food, Tortas is best known for its unique ingredients and homestyle taste. With items such as Cow’s Feet on their menu, Tortas takes risks with introducing new flavors to their customers. During Guy’s visit to the Anthem, Arizona restaurant, he raved about the Green Chile Sauce. He doused it over his Chimichanga and Tacos al Pastor.

This Thai-Asian restaurant is in the heart of central Phoenix at 2631 N. Central Ave. Owned and operated by Olashawn Hasadinratana-Weaver, the chef has found great success with the Wild Thaiger. In fact, he has opened up a second location called Little Thaiger, which is located off of Thomas. During Guy’s visit at Hasadinratana-Weaver’s first restaurant, he ordered the popular dish, Dragon Eggs. 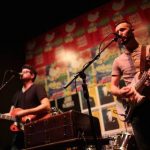 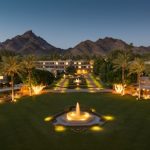 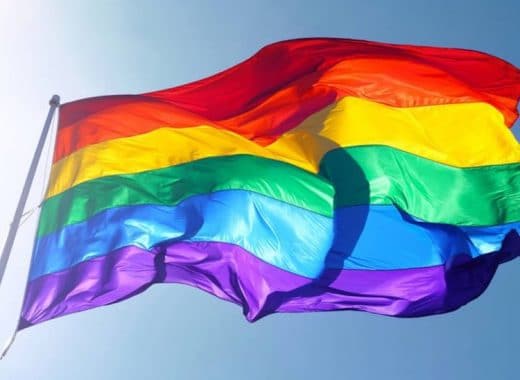 What You Need To Know About Phoenix Pride Festival 2019 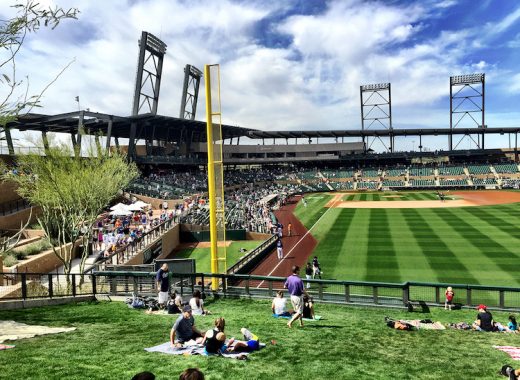 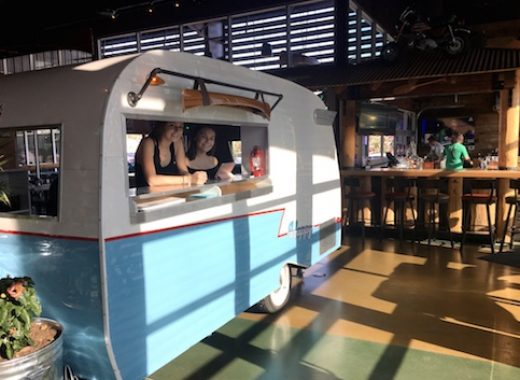