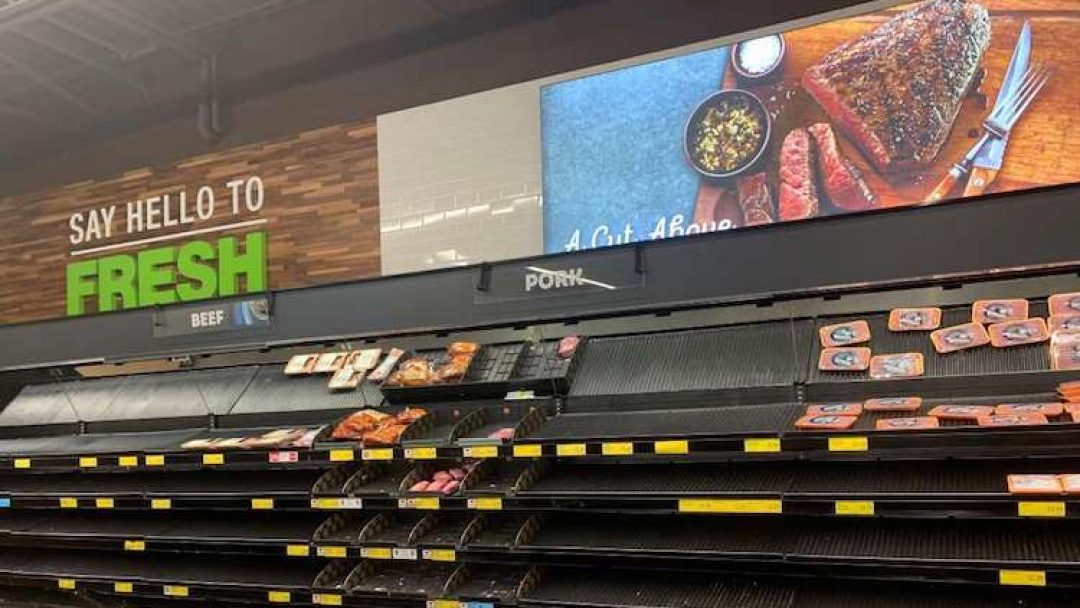 Could beef, pork and poultry items face similar shortages in the weeks and months ahead?

That prospect is looming larger amid reports of coronavirus outbreaks at meat-packing factories around the nation that have made some workers too sick to work — and prompting some giant processors like Tyson Foods to halt production at certain plants. Grocery-industry representatives aren’t sounding the alarms, but anxiety has risen.

“I have not heard of hoarding at this point, but I do know supplies at the grocer have been thinner than normal during this entire crisis just due to disruption in the supply chain and now wellness issues in packing plants of other states,” said Stef Smallhouse, president of the Arizona Farm Bureau.

Many Phoenix-area grocery stores already had been limiting purchases of some meat and poultry items even before President Trump this week directed the U.S. Department of Agriculture to ensure that processors continue to operate as much as possible.

“Meat continues to be in high demand as customers stock up on protein,” Walmart told The Arizona Republic in a statement. “As we would normally do during periods of high demand, we are working through our supply chain to continually replenish items as quickly as possible to help us meet the needs of our customers.”

Several supermarkets declined to comment, as did the Phoenix-based Arizona Food Marketing Alliance, which deferred to a statement issued separately by a national group, the Food Industry Association.

There is “no food shortage or scarcity of meat in this country,” the Food Industry Association said in its statement, adding that meat and poultry are safe to eat, with no evidence that the coronavirus can be transmitted in food, citing information from the CDC.

Nevertheless, the Food Marketing Alliance said individual meat distributors dealing with temporary closures of processing plants might announce supply disruptions that can show up as shortages of certain items at supermarkets. Red meat is processed at more than 3,700 plants across the nation and poultry at nearly 3,000. Some facilities have closed temporarily or reduced production.

“The retailers that these companies serve may briefly suffer limited meat supply, but these are regional shortages, often limited to one or two commodities,” the group added.

Meat sales have risen by more than 30% in recent weeks, so high demand can make it difficult to keep stores stocked, even as much of the supply previously flowing to restaurants is being sent instead to grocery stores, the association said. Restaurants typically order in larger quantities and prefer different cuts of meat and poultry items, but shifting to smaller items favored for retail sale can take time.

The industry has taken a few steps to alleviate potential shortages. These include not labeling certain types of packaged meats for retail sale, following guidance from the Food & Drug Administration that provides some nutritional-labeling flexibility during the coronavirus outbreak, and recruiting workers from other industries to help ensure that supermarkets and others can meet the higher demand.

Arizona ranchers who raise cattle before sending them to packing plants are breathing a sigh of relief after the order to keep plants running.

“Our beef supply in Arizona is not affected,” said Ashlee Mortimer, Arizona Cattle Growers’ Association spokeswoman. “We definitely were worried that we were going to have a shortage because of what was happening in the plants … we have a weight lifted off our shoulders and now we’re breathing again.”

Arizona is a relatively minor player in beef production with only about 1% of the nation’s cattle and none of the largest beef-processing companies or slaughterhouses based here, according to the National Cattlemen’s Beef Association, a trade group.

Texas, Nebraska, Kansas, California and Oklahoma are the states with the highest number of cattle, though Arizona does have a relatively large cattle-feeding or feedlot operation, Pinal Feeding Co. in Laveen.

Arizona, with 2,500 ranches, actually raises enough cattle “to feed everyone in Arizona and then some,” or about 8 million people total, said Smallhouse. However, Arizona doesn’t have enough feedlots or packing plants to get the finished product to consumers, she added.

“In general, animals in Arizona leave ranches here to be fed out in the Midwest, Texas, Colorado or California and then go to processing facilities in those regions,” she said. Beef products are then shipped back to Arizona grocery stores and restaurants.

Most of the temporary meat-processing closures, such as those announced by Tyson, have been focused in the Midwest.

Outbreaks of the new coronavirus at meatpacking plants are worse than initially thought, in part because of the close proximity that employees work in.

JBS plants in Colorado and Pennsylvania temporarily closed after rashes of employees tested positive for COVID-19 and some died. JBS Tolleson, the company’s plant southwest of Phoenix, has stayed open.

“The president’s executive order really puts handcuffs on wanting to do anything along those lines, so it’s going to be business as usual there,” said Rep. Lorenzo Sierra, who represents Legislative District 19, which includes Tolleson.

Sierra said he’s been in talks with other state lawmakers and city leaders about getting more COVID-19 testing kits out to JBS Tolleson employees.

The plant is Tolleson’s largest employer with about 1,150 workers, according to the city.

Meat packed at the plant is typically shipped internationally to Japan, Hong Kong,

Korea, Philippines, Taiwan and Mexico. But as the U.S. supply chain regains its footing, the Tolleson plant will ship meat nationally, company spokesman Cameron Bruett said in an email.

Bruett would not say if any JBS Tolleson employees tested positive for COVID-19.

“We have had team members test positive for COVID-19 in the U.S.,” Bruett said. “We are offering support to those team members and their families, and we hope they all make a full and speedy recovery.”

The Tolleson plant in 2018 recalled a massive 12 million pounds of beef. Federal investigators with the U.S. Department of Agriculture in 2017 said the Tolleson plant had “egregious” and “inhumane” livestock conditions.

“Thousands of essential workers in meat processing plants are sick with COVID-19, and many have died,” LULAC President Domingo Garcia said in a statement. “(The) decision to force essential workers to risk their lives so pork chops can keep coming to the White House is wrong and immoral.”

Arizona is not a dominant producer of chicken raised for meat. Southern states including Georgia, Arkansas, North Carolina, Alabama and Mississippi dominate that list. That’s also true for pork production, where Iowa leads the list, followed by other Midwestern states including Illinois and Minnesota.

Poultry producers have taken measures to help keep workers safe from the virus such as increased cleaning of facilities, temperature checks of workers, social distancing and installation of plastic dividers between workstations, said the National Chicken Council.

Nevertheless, a patchwork of “inconsistencies among the states and many localities in enforcing CDC guidelines in plants … add to confusion and can lead to unnecessary shutdowns,” the group said.

Ironically, at a time when some meat and poultry items could be facing shortages, agricultural producers are complaining about low prices.

“Hog values have plummeted to virtually zero and hog farmers are facing liquidation of their farms and other assets without immediate relief,” said Howard Roth, president of the National Pork Producers Council and a hog farmer in Wisconsin.

“The tragic reality is that millions of hogs can’t enter the food supply,” he said in a statement, citing the need for a coordinated partnership between producers and government authorities to euthanize pigs “in an orderly, ethical and safe way.”

Tariffs and flagging demand in global markets for many U.S. agricultural exports are making matters worse for many producers.

Tariffs slapped on Arizona agricultural exports such as cotton, beef, vegetables and dairy products in countries like China have come at a bad time, said Smallhouse at the Arizona Farm Bureau. Tariffs are essentially taxes that raise the price for consumers, she said.

In a conference call this week, Smallhouse called coronavirus disruptions a “punch in the gut for farmers already roughed up by difficult trade wars.” 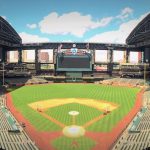 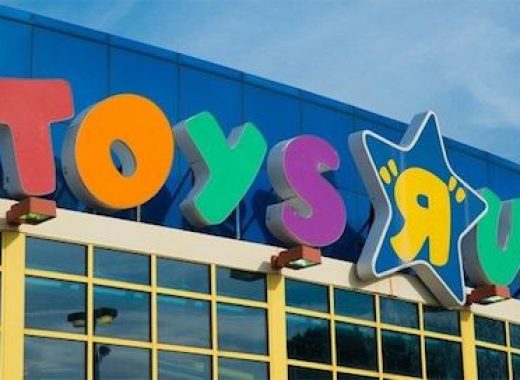 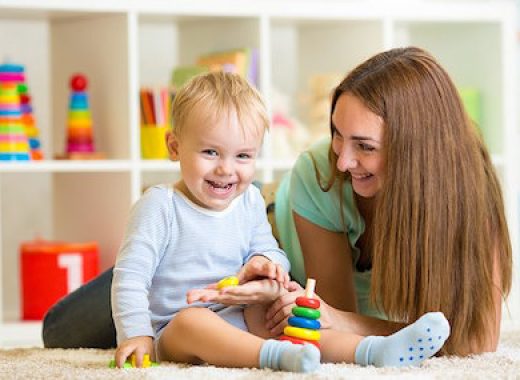 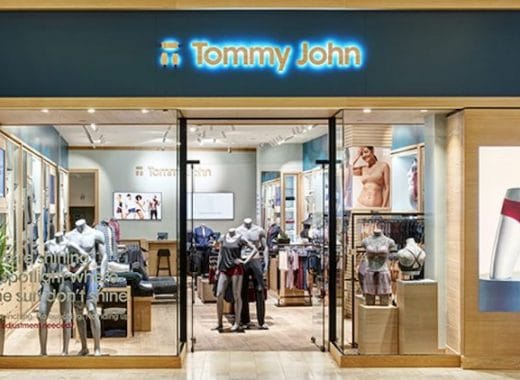