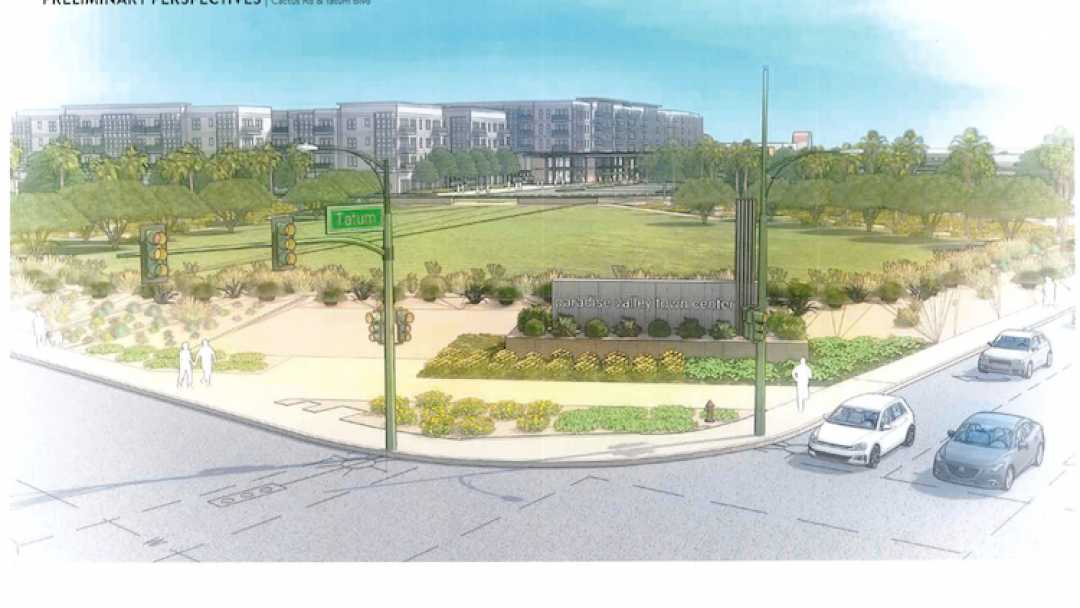 The future of Paradise Valley Mall could include a specialty grocery store, shops, restaurants, office space, self-storage, and housing, according to initial concept renderings submitted to the City of Phoenix.

Recently, Macerich filed a request to rezone the 77-acre property near Cactus Road and Tatum Blvd. to allow for the construction of a mixed-use development.

“PV RE and Macerich are seeking to repurpose and develop the mall and transform it into a high-quality mixed-use development,” the project’s attorneys wrote in a narrative included in its application.

“The mall is failing and will increasingly be challenged in the ongoing future to remain a sustainable and viable development. The redevelopment will create additional interest, life and economic vitality that will benefit the mall, adjacent properties, and the city,” the letter said. 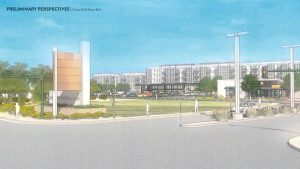 According to initial renderings, the first phase of the project would focus on the southeast side of the property, nearest Cactus Road and Tatum Blvd., and east of Macy’s. Renderings show multi-level residential housing, a community pool, a 45,000-square-foot space for a grocery store, and another 7,000-square-foot space designated for retail could all be part of that first phase.

The remainder of the mall, including an existing parking structure and Costco, are designated for future phases of development, according to the renderings.

“Paradise Valley Mall has been part of this attractive Phoenix neighborhood, and part of the Macerich portfolio, for more than 40 years. For some time, as the shopping center landscape has been evolving, Macerich has been evaluating a range of development opportunities for this large, well-positioned property,” Karen Maurer, corporate communications for Macerich said. 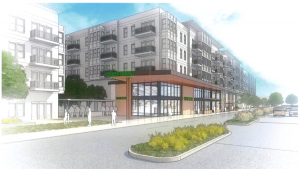 “As of now, Macerich is evaluating future redevelopment scenarios that will be a great fit for this community and respond to market demand. The images on the site are for planning and discussion purposes. As plans take more definite shape, we look forward to communicating project updates.”

Alan Stephenson, director of the city’s planning and development department, previously described the site as a combination of Kierland Commons and Desert Ridge Marketplace — a mix of shopping, dining, and housing in a walkable area.

The project is in the early stages of the development and government approval processes. It is unclear when Macerich plans to begin construction if the project is ultimately approved. It is also unknown what that means for the restaurants and stores that remain inside the mall.

JCPenney and Macy’s are not part of the redevelopment plan, but appear to be built into the overall plan. JCPenney owns the building it is housed in.

Sears closed in 2019, as part of its company-wide bankruptcy, and that space remains vacant. Dillard’s confirmed that it would close its store at Paradise Valley Mall by the end of the year.

Chompie’s plans to close its restaurant at the mall in April 2021 to relocate to a larger space near 32nd Street and Cactus Road. 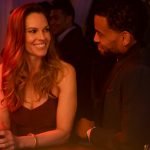 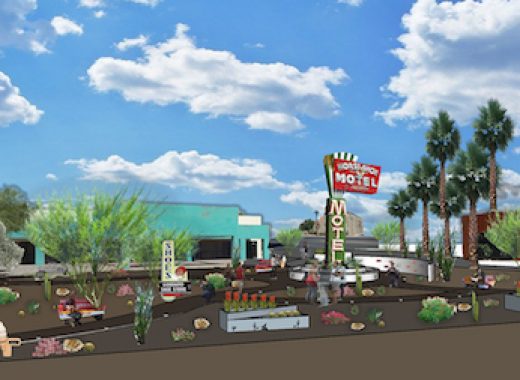 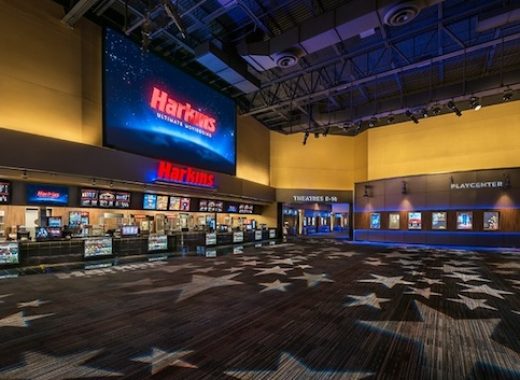 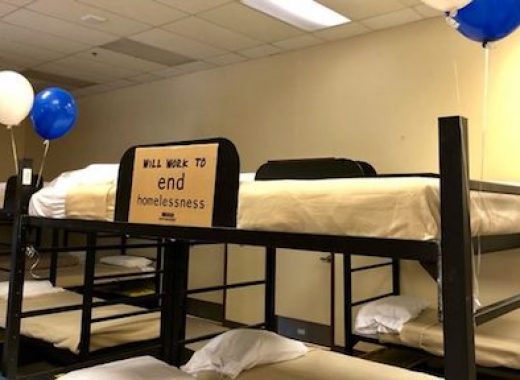