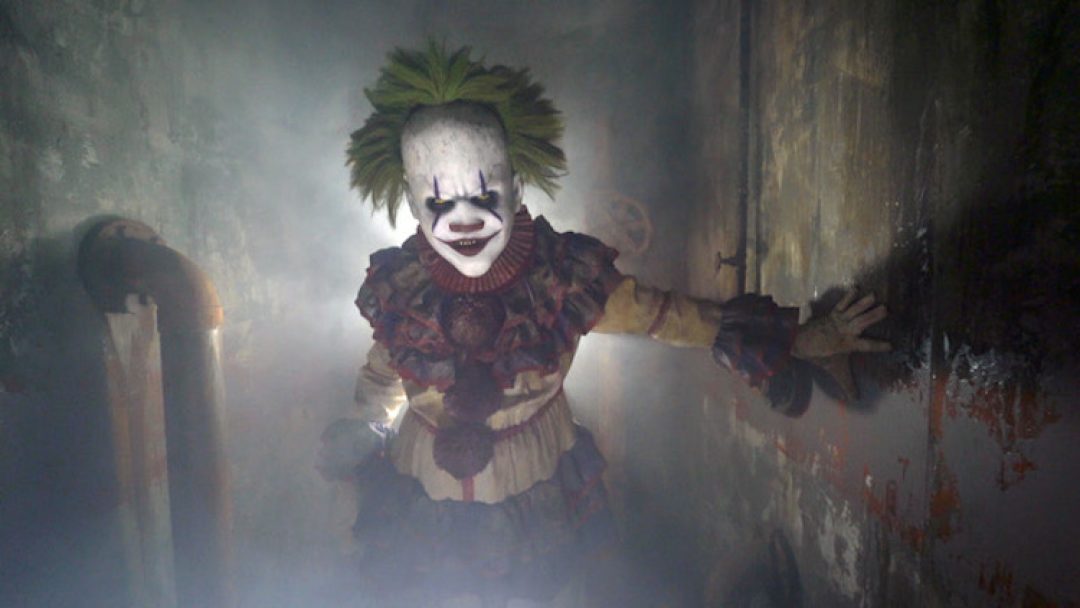 Spooky Season is among us. Haunted houses and attractions are popping up across the Valley to enjoy throughout the month.

“People love to watch their friends get scared, and they like to get scared themselves,” says Zack Busse, general manager of Fear Farm and 13th Floor Haunted House. “It just goes along with horror films, scary TV shows, or just Halloween in general.”

Here are some of the best Haunted Houses and Halloween Attractions to visit this October:

Nick Chryst, along with his wife and daughter create a spooky walkway display each year at their home. “I’ve lost track at how many decorations we use,” Nick says. “It’s gotta be a couple hundred or more.” There’s also an army of jack-o’-lanterns located throughout the display and even a slime fountain.

Steve Birkett has an obsession with Halloween, which is evident in the transformation his house undertakes each October. There is a thunder and lightning show in the front yard and a wild west mine.

“I’ve always been in love with the old Legend City [theme park] and its Lost Dutchman Mine,” Steve says. “So I made my walk-through [haunt] themed after that.” It’s populated by a dearly departed prospector, some mummies, and a variety of pop-up animatronics.

Hours and Prices: Free, but donations are appreciated.
6:30-10 p.m. from Oct 27-31
Facebook: https://www.facebook.com/houseofhauntsarizona

This one is unique, because it is a travelling attraction. There are two themed spectacles. CHASM involves people exploring a dark fissure that will take them “deep into the abyss of all the unforeseen monsters and vermin far below.” In Crazed Cannibal Cavern, you hunt for a missing family and help them escape from a pack of flesh-eating fiends.

This house has skeletons, sarcophagi, dozens of tombstones, a black-light room, a tunnel equipped with lasers and props, five fog machines, and more than 10,000 lights synced to music.

Mount Mayhem has been a tradition for 10 years. There are “malevolent clowns, foreboding fortune tellers, wicked games, torturous mazes, and freak show gore.”

Family members spend an estimated 150 hours creating props, sets, and costumes with neighborhood kids and teens portraying the cast of characters. There’s a different theme each Halloween. This year involves hordes of escaped mental patients roaming the night who’ve been infected by a virus.

Axe-wielding scarecrows and brain-eating zombies are all you need to know about Terror Nights. This popular home haunt has been in operation for over a decade. Attractions include The Boogeyman Room, Zombie Alley, and Maniac’s Revenge.

Tolmachoff Farms in Glendale is usually a tranquil place to be, except on October weekends. Their haunted corn maze is one of the best in the state.

Owner Bill Tolmachoff says that the frightened cries of patrons pierce the night air after they encounter the leather-faced freaks, evil clowns, and other costumed terrors lurking about. “You can hear the noises coming from across the field,” Tolmachoff says. “Some people will hear the screams and they just refuse to go in.”

There is also a more relaxed corn maze available if you aren’t up for the challenge. 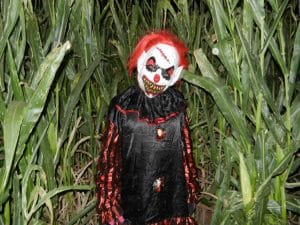 This house is the ultimate homage to the popular Disney film, The Nightmare Before Christmas. It features multiple characters from the film and a mix of both Christmas and Halloween-style elements.

“Our main reason for [doing it] is that my husband and I love both Halloween and Christmas and that the two holidays can collide,” owner, Jessica Brown said.

Hours and Prices: Free
Sunset- 10 p.m. Nightly-Jan 1 (it does transform to be more Christmas-themed after Halloween is over 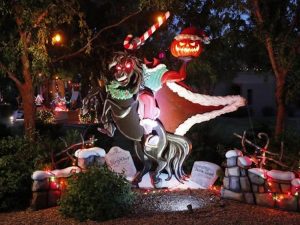 This place is enormous… and it’s supposed to be even bigger this year.

This year’s display features an asylum staffed by doctors conducting unnecessary experiments, like injecting patients with toxic waste. Visitors may also cross paths with insidious clowns armed with evil intent. “We’re still going to play around with phobias, because a lot of people like that sort of thing,” Pacheco says. “We also like to turn your nightmares into reality.” 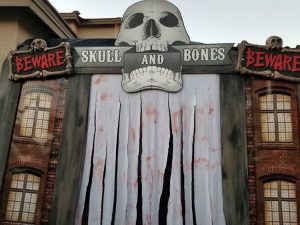 Shawn Kaul and his family have one goal for their haunted house: They want to scare everyone who comes through. “When you walk through our haunt, we’re going to try to scare you as much as we can,” Kaul says. Over the next month, they’ll be trying to do just that via the two attractions that make up Sanctum of Horror, which is located in the parking lot of Superstition Springs Mall in Mesa.

The main haunt, Sanctum of Horror, dates back to 2006. Visitors journey through the squalid, blood-soaked home of Lenore, a deranged mental patient who escapes from an asylum and wreaks havoc upon her family and the doctors who tortured here. “Ultimately, you’re going through her house and seeing all these horrible acts of revenge on her family and doctors, like making stew from her mother’s remains,” Shawn says. It’s pretty twisted, to say the least.

This place is full of Halloween lights, decorations, gravestones, skeletons, and creepy creatures. The garage will host a maze resembling a haunted mansion that the owner says will be a “total mind trip” for those walking through its hall.

“I guess the best way I can describe it is that it’s going to be like a demented world of possession,” the owner, Birkett says. “The first room looks like you’re getting sucked into this porthole of your insane mind. And then you’ll come into this Victorian library and maybe you’ll view something from a past-life regression, like witnessing how you possibly died in another life.”

The maze will also feature brain-bending visuals that will “screw with people’s perceptions and fears.”

“I always like to go all out during Halloween,” Birkett says. 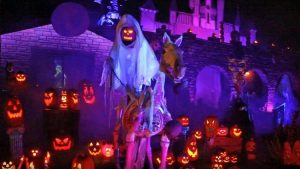 This ultra-popular haunted house, which has been around for a decade, has undergone some updates for its 2019 edition, according to general manager Zack Busse. “We’ve brought in a new production team with a fresh set of eyes and a new vibe,” he says. “There’s new lighting, new audio, and a new vibe.”

“We went in and renovated some of the areas inside that have been there for a while and made room for some of the monsters that everybody knows and loves,” Busse says. “We also turned one of the mansions into a vintage Halloween night scene with trick or treaters and jack o’ lanterns.”

Outside, several new characters will be roaming about, including an evil clown that’s not unlike Pennywise from the IT film franchise. Fittingly enough, actor Jackson Robert Scott (who played Georgie in both films) will make an appearance on Friday, October 25, to sign autographs and pose for photos for an additional fee.

Organizers of Scarizona Scaregrounds describe it as a “haunted theme park,” owing to the fact it has a mix of rides, vendors, live entertainment, and haunts.

Scarizona’s five attractions include Startled Darkness, a lights-out haunt containing Paranormal Activity-like jump scares, and Epic Fear, which stars a variety of iconic Halloween characters like zombies, evil clowns, and witches. There’s also Slayer’s Slaughter House, a gore-adorned home of a serial killer that’s decorated with rotting corpses and rancid flesh, and Operation Zombie Storm, where you can blast the walking dead with paintballs while riding around on a wagon.

The newest addition to the lineup is Virtual Terror, a VR-based interactive experience where you can walk through a virtual haunted house. 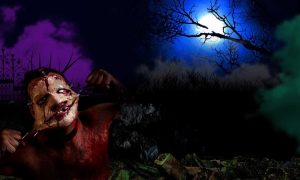 Fear Farm is at the top of the local Halloween scene for a couple of reasons. First, it’s the longest-running haunt in the Valley (20 years). And second, it’s also the largest, covering more than 50 acres.

It has five different areas located around the property that feature big scares and big production values. The newest one is The Plague, which general manager Zack Busse says will center around a community that’s been infected by a virus similar to the Black Death. “There are all these sick and infected people stumbling about and interacting with everyone,” he describes.

Fear Farm is also bringing back its 15-acre haunted corn maze. “It was a fan-favorite thing for a long time that we wanted to have again,” Busse says.

There’s also the Slaughterhouse, a longtime mainstay of Fear Farm that’s populated by chainsaw-wielding maniacs. There’s also the alien-themed attraction, The Bunker. which is an homage to the infamous Phoenix Lights incident back in 1997.

Fear Farm’s courtyard area will have a mix of food trucks, concession stands, music, games, rides, and a Junkyard Drive-in Theater screening movies. It will also host an appearance by Jackson Robert Scott from It on Saturday, October 12. 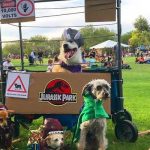 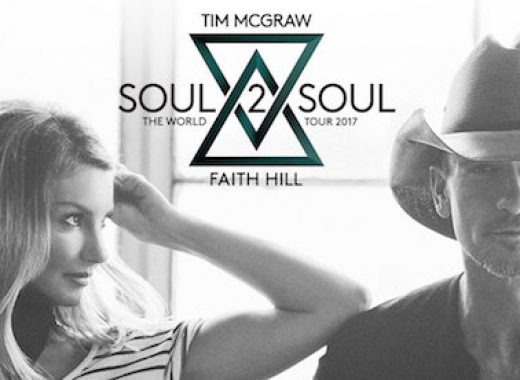 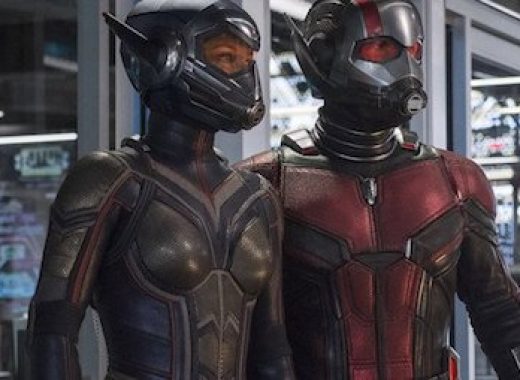 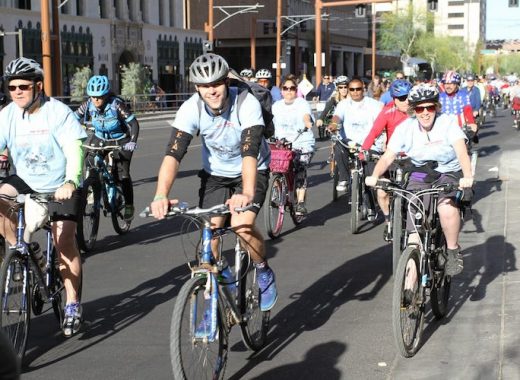