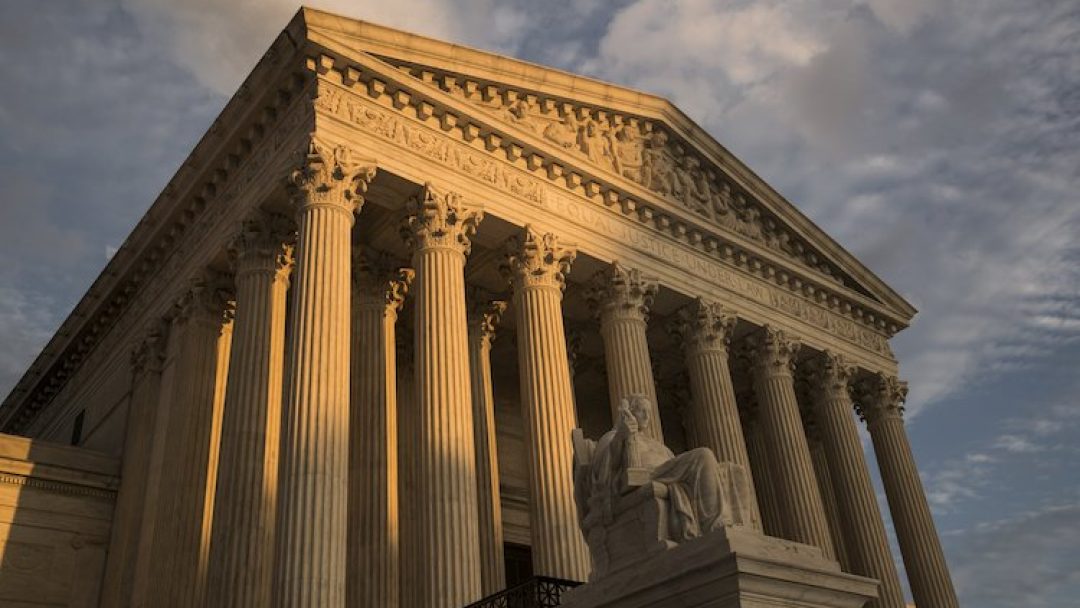 Nearly 650,000 undocumented “Dreamers” are awaiting a decision from the Supreme Court that will determine whether they will be allowed to continue to receive temporary protection from deportation and work permits under an Obama-era program called Deferred Action for Childhood Arrivals that President Donald Trump wants to end.

The Supreme Court’s decision on DACA is expected to be announced by the end of June but could come any day.

Trump tried to end the DACA program in September 2017, saying that the program was an overreach of former President Barack Obama’s executive authority.

But Trump’s effort to rescind the program was stymied by a flurry of lawsuits by DACA advocates who argue the program is legal and that the Trump administration improperly tried to end it without adequate consideration of the disruptions it would create in the lives of DACA recipients and others.

It’s impossible to predict exactly when the Supreme Court will announce its decision on the DACA program. Analysts and court-watchers speculate that the ruling on DACA may be one of the last decisions the Supreme Court announces near the end of June, when the high court’s session ends.

In the meantime, U.S. Citizenship and Immigration Services will continue to accept applications for renewal of 2-year deportation protections and work permits after lower courts issued preliminary injunctions blocking the Trump administration from ending the program.

There were approximately 649,070 active DACA recipients as of Dec. 21, 2019, according to the most recent USCIS data.

That is down from the more than 825,000 people who have been approved for DACA since the program started in 2012.

The number has declined because some undocumented immigrants who were approved for DACA have been able to legalize their status, others decided not to renew and others became ineligible, said Veronica Garcia, a special projects attorney at the Immigrant Legal Resource Center, an advocacy group.

Of the 649,070 active DACA recipients, 80% are from Mexico and nearly 9% are from Central America, according to USCIS data.

The average age of current DACA recipients is 26, and about two thirds are between the ages of 21 and 30.

In the years since young undocumented immigrants brought to the U.S. as children have received deportation protections and work permits under the DACA program, many have had children in the U.S., bought homes, graduated from college and held jobs.

There are about 254,000 children born in the U.S. who have at least one DACA parent, according to a study by the Center for American Progress.

About 56,100 own homes and pay $566.9 million annually in mortgage payments. Other DACA recipients pay $2.3 billion in rent each year, according to the study.

The households of DACA recipients pay $5.6 billion in federal taxes and $3.1 billion in state and local taxes, each year, the study said.

The program required applicants to have a high school diploma or equivalent and no record of serious crimes.

If approved for the program, undocumented immigrants were allowed to live and work temporarily in the U.S. for two years without the threat of deportation through what is known as prosecutorial discretion, in exchange for coming forward and registering their personal information with the government and undergoing background checks.

The program did not grant legal status, but deportation protections and work permits could be renewed every two years.

Trump campaigned to end the DACA program as part of a broader effort to clamp down on illegal immigration, including building a wall along the southern border with Mexico.

In ending the program, Trump said the onus was on Congress to address the legal status of Dreamers. Congress so far has failed to pass legislation giving Dreamers an opportunity to legalize their status.

The lawsuits generally argued that the Trump administration’s ending of the program violated equal protection and due process rights and that the government failed to provide an opportunity for notice and comment under the Administrative Procedural Act on a policy change that would disrupt the lives of DACA recipients. The decision to end the program also affected states where the DACA recipients live, the universities where they study and their employers.

DACA advocates argued that the Trump administration’s decision to end the program was “arbitrary and capricious” because the government had not provided valid reasons for the decision.

Texas and nine other states filed a lawsuit in support of the Trump administration, asking a district court in Texas to declare the DACA program unlawful.

In 2018, three federal judges issued separate rulings rebuking the Trump administration’s reasoning for ending the program. Two of the three federal judges issued injunctions that temporarily blocked the government from ending the DACA program while litigation was pending. The injunctions allowed DACA recipients to renew their permits, but did not allow new people to apply.

In June 2019, the Supreme Court agreed to hear the DACA case. Several of the legal challenges were consolidated into one case.

In November 2019, hundreds of DACA recipients and their supporters, some of whom had trekked more than 200 miles from New York to Washington, D.C., gathered outside the Supreme Court building on the day justices heard oral arguments inside a packed courtroom.

There are two main legal questions in front of the Supreme Court.

The first is whether the Trump administration’s ending of the program is even subject to review by the court, said Garcia at the Immigrant Legal Resource Center.

If the Supreme Court decides that it does have the authority to review the termination, the justices must decide if the Trump administration terminated the program lawfully, she said.

Lawyers for the Trump administration argue the case is not reviewable by the Supreme Court because the president had the executive authority to end it.

On the other side, lawyers representing DACA recipients argue the DACA program was created lawfully by the Obama administration.

They don’t dispute that the Trump administration has the authority to end the program.

In April, lawyers filed legal briefs asking the Supreme Court to consider blocking the Trump administration’s attempt to end the DACA program in light of the COVID-19 pandemic.

The legal briefs pointed out that many DACA recipients are working as health care providers on the front lines in the battle against the pandemic.

There are a number of ways the Supreme Court could rule.

That scenario would spell a victory for the Trump administration and a death blow to DACA program, meaning the 650,000 current DACA recipients would soon lose their deportation protections and work permits.

How quickly the program would end would depend on the Trump administration and any guidance provided by the Supreme Court.

During oral arguments, Justice Sonia Sotomayor, one of four liberal-leaning judges on the Supreme Court, summed up the gravity of the Trump administration’s push to end the DACA program with these words: “This is not about the law. This is about our choice to destroy lives.”

This would spell a victory of sorts for DACA recipients because the Supreme Court would likely keep the injunction in place allowing the DACA program to continue while the litigation was pending in a lower court, Cruz said.

For the DACA program to be fully restored, the Supreme Court would have to find that the issue is reviewable by the court and agree with lower court rulings that the Obama administration had the authority to create it, and that the Trump administration improperly tried to rescind it, according to an American Bar Association analysis of the case written by Luis Cortes Romero, a lawyer who is representing one of the plaintiffs and is himself a DACA recipient.

If a Supreme Court decision results in the ending of the DACA program, some 650,000 young immigrants brought to the U.S. as children would again be subject to deportation to the countries where they were born.

Most have no way to legalize their immigration status, or they would have done so already, said Karina Ruiz. She is executive director of the Arizona Dream Act Coalition, which helps dreamers apply for DACA and advocates for Congress to pass legislation that would give dreamers the opportunity to legalize their status permanently.

If DACA ends, some dreamers may decide to return to the countries where they were born, she said. But the majority would likely choose to remain in the U.S. living “in the shadows” without legal status because this is the country where they were raised, she said.

That would mean living in fear that a simple traffic stop could lead to them being turned over to immigration authorities and deported, she said.

There is concern that the personal information DACA recipients supplied to U.S. Citizenship and Immigration Services when applying for the DACA program would be turned over to ICE and used to help round them up, she said.

DACA recipients already have put down deep roots in this country, making it hard for them to leave, she said.

English is their main language, they have jobs, own homes and many now have their own children born in the U.S., she said.

Ruiz, for example, was brought to the U.S. from the state of Mexico when she was 15. Now 35, she has lived in the U.S. for 20 years. She graduated from Arizona State University with a degree in biochemistry. She and her husband have three children and two grandchildren. All five were born in the U.S., making them U.S. citizens.

Her husband is a legal permanent resident, she said, which makes her eligible for a green card. But she has not applied because she would first have to return to Mexico to apply and is afraid she would not be allowed to return to the U.S. if denied.

Without the ability to work legally, many former DACA recipients would resort to doing jobs with employers who paid them under the table, she said.

In addition to losing jobs, many former DACA recipients would lose health care benefits, made worse by the new coronavirus pandemic, said José Muñoz, a DACA recipient who is national communications manager for United We Dream, an organization that advocates for dreamers.

Originally from the state of Jalisco in Mexico, Muñoz said his family brought him to the U.S. when he was three months old.

“As we’re waiting for the Supreme Court to make a decision … the anxiety around the potential for deportation and the anxiety of the inequality that COVID-19 has really exacerbated for low income communities, and communities of color, all of those things are also weighing on us as we wait for a decision,” he said. 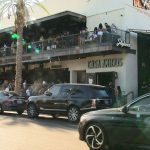 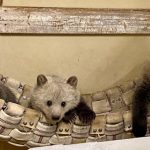 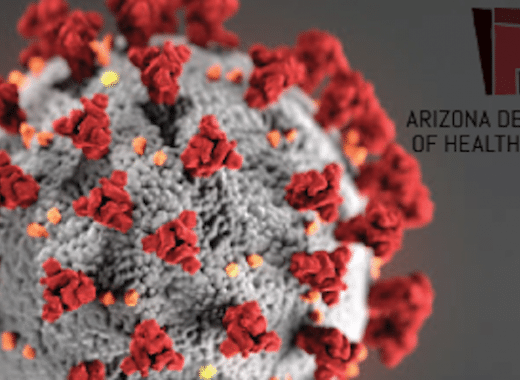 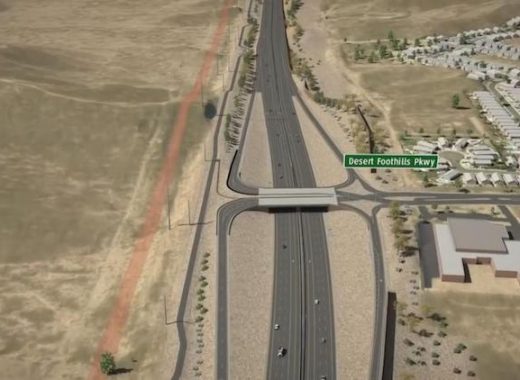