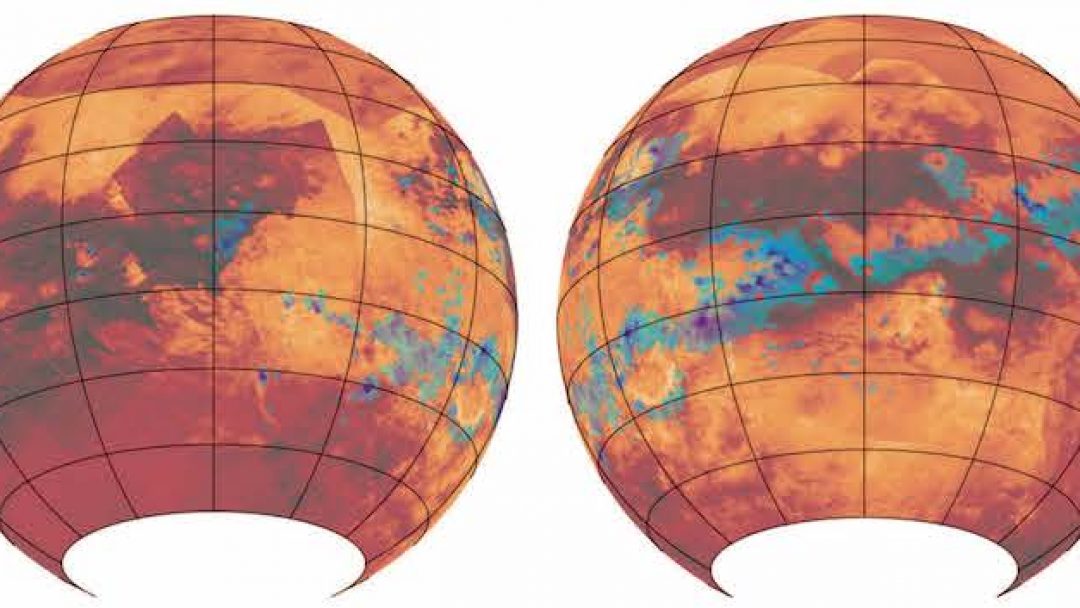 Rain, seas and a surface of eroding organic material can be found both on Earth and on Saturn’s largest moon, Titan. However, on Titan it is methane, not water, that fills the lakes with slushy raindrops.

While trying to find the source of Titan’s methane, University of Arizona researcher Caitlin Griffith and her team discovered something unexpected – a long ice feature that wraps nearly half way around Titan.

Griffith, a professor in the UA Lunar and Planetary Laboratory, is the lead author on the paper published today in Nature Astronomy.

This organic veneer is made up of the material of past atmospheres.

There is no obvious source of methane, except from the evaporation of methane from the polar lakes. But Titan’s lakes contain only one-third of the methane in Titan’s atmosphere and will be exhausted soon by geological time scales.

One theory is that the methane could be supplied by subsurface reservoirs that vent methane into the atmosphere. Prior studies of Titan indicate the presence of a singular region called Sotra, which looks like cryo-volcano, with icy flow features.

Griffith’s team set out to study the composition of Titan’s surface, partly hoping to find subtle small cryo-volcanos candidates. They analyzed half of Titan’s surface and none were detected, but Sotra was found to be exceptional in that it exhibits the strongest ice features.

Yet the major ice feature the researchers found was completely unexpected. It consists of a linear ice corridor that wraps around 40 percent of Titan’s circumference.

“This icy corridor is puzzling, because it doesn’t correlate with any surface features nor measurements of the subsurface,” Griffith said. “Given that our study and past work indicate that Titan is currently not volcanically active, the trace of the corridor is likely a vestige of the past. We detect this feature on steep slopes, but not on all slopes. This suggests that the icy corridor is currently eroding, potentially unveiling presence of ice and organic strata.”

The team’s analysis also indicates a diversity of organic material in certain regions. These surface deposits are of interest because laboratory simulations of Titan’s atmosphere produce biologically interesting compounds such as amino acids.

Griffith analyzed tens of thousands of spectral images taken of the topmost layer of the surface by Cassini’s Visible and Infrared Mapping Spectrometer, using a method that enabled the detection of weak surface features.

This feat was accomplished by Griffith’s application of the principal components analysis, or PCA. It allowed her to tease out subtle features caused by ice and organic sediments on Titan’s surface from the ubiquitous haze and more obvious surface features. Instead of measuring the surface features individually for each pixel in an image, the PCA uses all of the pixels to recognize the main and more subtle signatures.

Griffith’s team compared their results with past studies including the Huygens probe, which landed on Titan in 2005. The comparison validated both the technique and the results. Plans are underway to use the technique to explore the poles where methane seas reside.

A portion of the funding for this research came from NASA space grants. 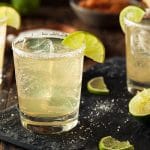 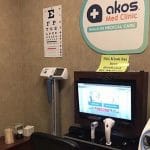 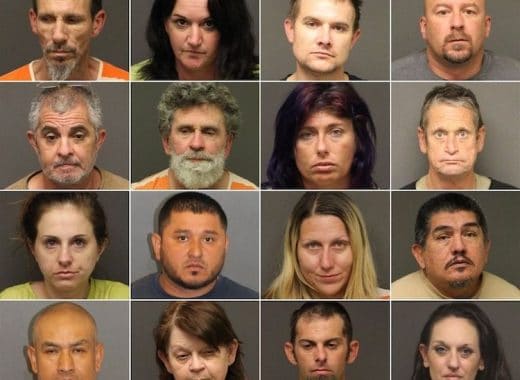 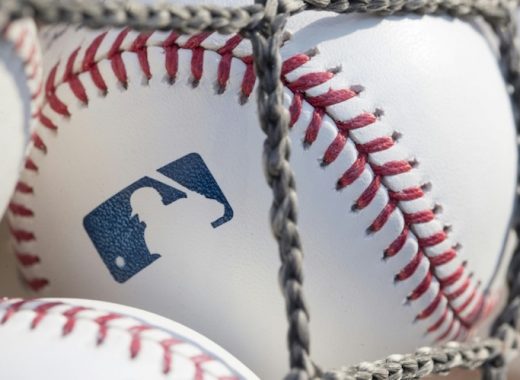 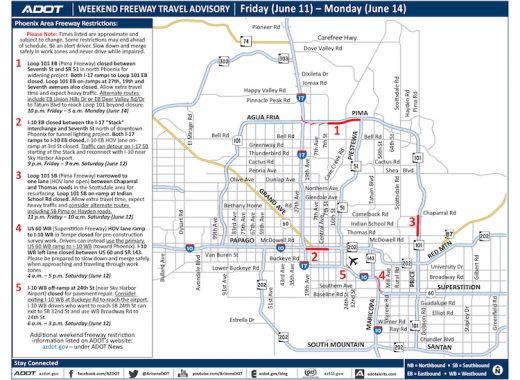