A downtown Phoenix health care provider is enrolling participants in trials for one of the most closely-watched COVID-19 vaccine efforts, one that has been described as a leading candidate by some experts.

“The fact that it is a leading candidate right now, just made it a more exciting prospect to be involved,” said Justin Bayless, CEO of Bayless Integrated Healthcare. “For us, it was a no brainer.”

Private clinical research company CCT Research is partnering with Bayless Integrated Healthcare to conduct the trial. Researchers will regularly check in on participants for two years after they are initially given either the vaccine or a placebo dose.

Many of the check-ins will take place earlier in the trial and will allow researchers to track each participant’s immune system response. If early indications look good, the vaccine could be released well ahead of the study’s conclusion.

The U.S. government’s Biomedical Advanced Research and Development Authority has already pledged $1.2 billion to AstraZeneca, with the goal of making 300 million doses of the vaccine available and delivering them as early as this October. Sarah Gilbert, one of the leading Oxford researchers on the vaccine, told BBC radio that getting a vaccine out by the end of the year was a possibility, but not a certainty.

CCT Research President CJ Anderson said he feels more optimistic about this vaccine candidate when compared with others. Part of that confidence comes from the fact that it piggybacks on research Oxford was already conducting to develop a vaccine for Middle East Respiratory Syndrome, which is a related strain of coronavirus.

That allowed Oxford researchers to quickly pivot, applying the same vaccine-making techniques to the novel coronavirus, and be among the first to conduct large-scale tests. AstraZeneca announced in June that its manufacturing capacity for the vaccine was 2 billion doses a year, which dwarfs other vaccine manufacturing efforts.

“In terms of speed and early on effectiveness of the vaccines, and then also the ability to distribute to the masses, I think AstraZeneca is definitely one of the front runners,” Anderson said.

That doesn’t reflect the wider population or high-risk populations,such as the elderly, people of color or people with above-average weight.

It’s possible the vaccine could prove less effective or have worse side effects across different groups. Danielle Sink, the chief medical officer for Bayless, said she’s not concerned about side effects changing, but there is greater concern about the vaccine’s effectiveness since older people tend to need higher doses of any vaccine for it to be protective.

“This vaccine, in particular, they deliberately made it a little on the stronger side understanding that that might give people more side effects like fevers, nausea or muscle pain, but wanting to make sure that they generate the maximum immune response to it,” Sink said.

The vaccine developed by Oxford and AstraZeneca uses a different technique than vaccines from biotech company Moderna and pharmaceutical giant Pfizer, which both launched late-stage trials of their respective vaccines in Arizona in late July.

The Moderna and Pfizer vaccines rely on a newer, faster, yet unproven method of vaccination, while the Oxford AstraZeneca vaccine uses a more well-studied method, one that is used to vaccinate animals against different diseases, but hasn’t been proven to work in humans.

The Oxford AstraZeneca vaccine relies on manipulating a virus found in chimpanzees, called an adenovirus so that it is weakened and cannot cause infections in humans. Because the virus is still a foreign substance in the body, it triggers an immune system response to fight off the virus.

The adenovirus itself also serves as a transportation tool that can deliver parts of other viruses to the immune system so it can learn to recognize and fight those viruses as well.

“The goal of it is to be more prepared,” Anderson said. “It’s almost like … you’re preparing for battle.”

In this case, the adenovirus is changed so it carries the genetic blueprint for the spikes on the outside of the novel coronavirus.

“You can imagine it being a little party hat sticking on the virus,” Sink said.

The spikes are what the novel coronavirus uses to enter and infect cells, so researchers want to stimulate the body to make antibodies that can bind to and block the spikes.

By including the spikes on the adenovirus, the vaccine should train the body to recognize and fight the novel coronavirus spike as well.

“Your body is ready to attack everything with a spike protein on it and neutralize it so you don’t actually become infected and sick,” Sink said.

It’s not just about stimulating antibodies. Another important part of the immune system response to measure is T-cell response. T-cells recognize and kill the virus, and because the level of antibodies typically decreases over time, T-cells are important for long-term immunity.

“It’s kind of more of a memory function of the immune system,” Sink said. “And since the experts are projecting this coronavirus is going to be around with us for a long time … it’s very important to look at that long-term immunity.”

She said periodic booster shots will likely be necessary. It may also be necessary to receive two separate shots to produce the strongest possible immune system response.

Researchers at Oxford were already using this technique to create an experimental vaccine for Middle East Respiratory Syndrome, a related strain of coronavirus.

In a small 2018 test of the MERS vaccine on 24 patients, some of them had an antibody response, and all had a significant T-cell response. Both effects persisted for a year after the initial shot.

So far, an early study of the COVID-19 vaccine in 1,077 participants showed a T-cell response within 14 days of vaccination and an antibody response within 28 days. Both T-cells and antibodies were still present 56 days after the initial injection.

Such side effects are typical for vaccines, according to Sink, and are a good sign that it’s working.

“The symptoms that we all get when we get exposed to the ordinary common cold are often the symptoms of our immune system ramping up to respond,” she explained.

It can be difficult to prove whether these antibodies and T-cells translate to real-world protection and immunity from the virus. Challenge studies, where researchers purposefully try to infect participants with a virus after giving a vaccine, can be faster than waiting to see who does and doesn’t get sick naturally, but raise a number of ethical and moral questions.

A challenge study to test the Oxford AstraZeneca vaccine has been done in rhesus macaque monkeys, which are closely related to humans.

In the study, scientists at the National Institutes of Health Rocky Mountain Laboratory in Montana gave six monkeys a single dose of the vaccine, then heavily exposed the monkeys to the virus. The monkeys were compared with three monkeys who did not receive the vaccine.

About one month later, all six vaccinated monkeys were still healthy, showing “no signs of virus replication in the lungs, significantly lower levels of respiratory disease and no lung damage,” according to a National Institutes of Health press release.

The Oxford AstraZeneca vaccine trial at Bayless Integrated Healthcare’s downtown location will be offered in both English and Spanish, according to Bayless, and will recruit some participants from the health care organization’s already-existing patient population of 30,000.

That should allow the trial to find a wide variety of volunteers, according to Anderson, who hopes to enroll diverse populations into the trial. That goal may be difficult when researchers only have eight weeks to enroll 1,500 people into a trial.

“We’re looking at casting a wide net,” Anderson said. “As of right now, I don’t have a specific strategy for one population or another.”

The late-stage trial is looking for volunteers over the age of 18, but will not include any participants with major health conditions, according to Anderson. He didn’t give specifics on what health conditions would be disqualifying for this study.

Sink encourages people with underlying health conditions to apply for the study, with the understanding that some of them may not qualify.

“As a doctor, I’m really worried the most for my patients who do have chronic medical problems and hope they’d be able to be included in this study,” she said. “I would much rather have people feel encouraged to go ahead and volunteer and find out if they meet those criteria.”

She said she wants to make sure older people and those with health problems are well represented in this study because she believes they are among the most important to vaccinate.

Enrollment can be a challenge because of fears about the rapid pace of vaccine development. There is also distrust due to a legacy of unethical experiments among minority groups in the past.

Despite concerns, Anderson said the vaccine has shown strong safety data in previous trials and attributed his confidence to the reputation of AstraZeneca.

“They have the manpower and the resources to really do this the right way,” he said.

Anderson also encourages people to participate because it will help advance vaccine development and understanding.

Demand for the vaccine is expected to outstrip initial supply, so if the vaccine is approved, it may be harder to get vaccinated once it is released. 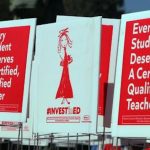 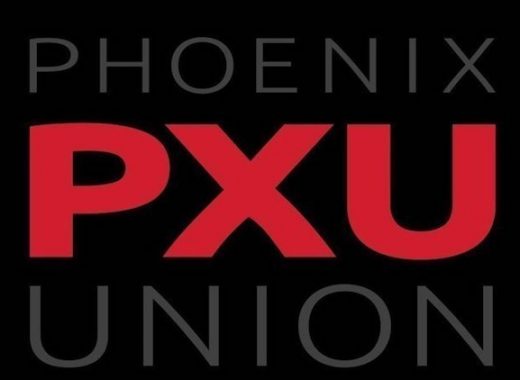 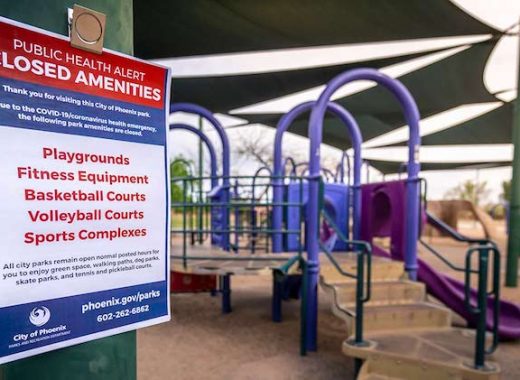 City of Phoenix to Reopen Sports Fields and Park Amenities