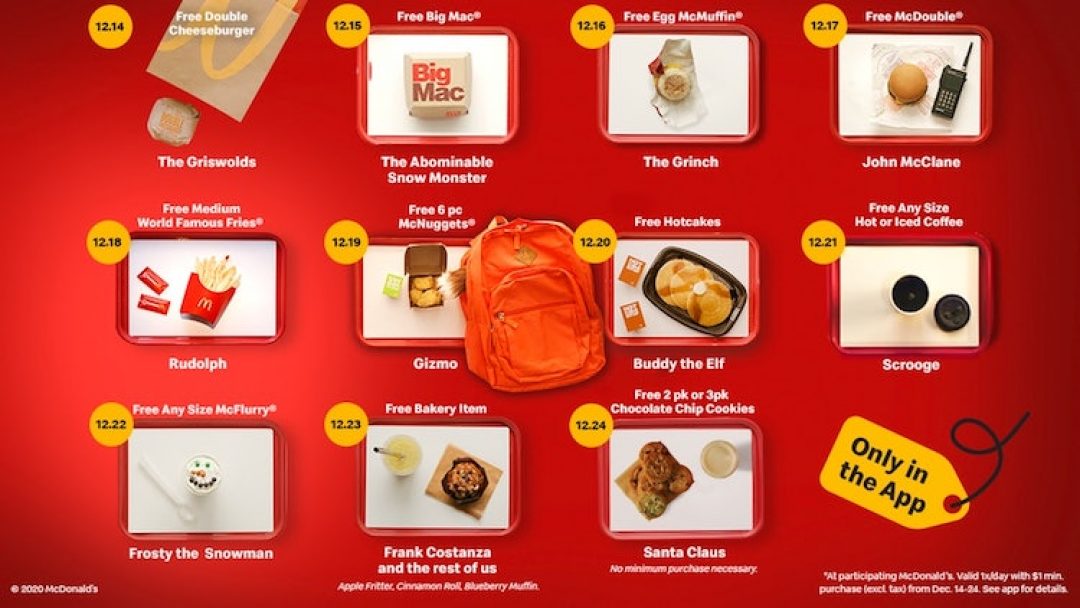 McDonald’s is being more like Santa and less like the Grinch this holiday season with its new meal deal.

Beginning Monday through December 24, the chain is giving away fictional Christmas characters’ favorite foods -— or at least foods McDonald’s thinks they would love. The catch: Diners must make a $1 minimum purchase and place the order through the McDonald’s app.

The promotion will feature a different menu each day, beginning with a double cheeseburger in honor of the Griswold family from “National Lampoon’s Christmas Vacation.” Also featured is a McDouble for John McClane from “Die Hard,” medium fries for Rudolph, coffee for Scrooge and a McCafe item for Frank Costanza from “Seinfeld.” The Grinch’s offering is an Egg McMuffin while Buddy the Elf’s is pancakes with maple syrup.

On Christmas Eve, McDonald’s is giving away free chocolate chip cookies (for Santa, obviously) without the $1 minimum purchase.

McDonald’s regularly tries to entice customers to use its app with a variety of promotions and coupons, as well as a limited rewards program aimed at boosting coffee sales. Increasing the app’s user base is “key,” according to Morningstar analyst R.J. Hottovy, because the promotion could build customer loyalty: Customers might be coaxed to come back because of future offers.

Digital ordering and a larger emphasis on customer loyalty will also be in focus for the chain next year, when it launches a new rewards program called “MyMcDonald’s”.

Celebrity meal deals have also been successful in turning around sales for McDonald’s amid the pandemic. So far, they have partnered with singers Travis Scott and J Balvin in recent months. Both meals, along with the Christmas promotion, all use existing ingredients or menu items -— creating buzz without adding much extra work for employees. 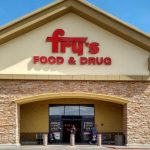 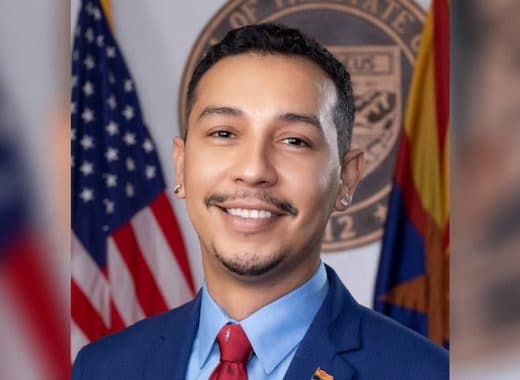 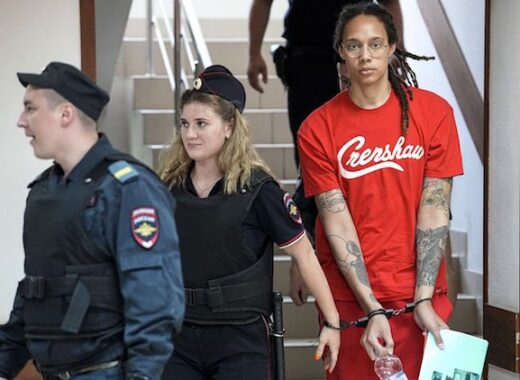